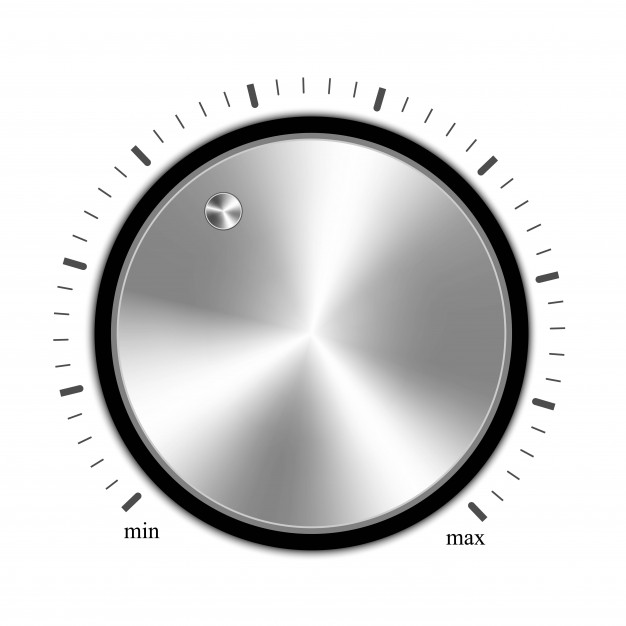 Power Scaling, in the context of guitar amplifiers, is a method by which the overall volume can be reduced without impacting the saturated tone, harmonics and dynamics of a fully cranked amp. Power scaling can be applied to the power section, the whole amp or any stage in between depending on what is being implemented. Unlike a master volume, where part of the signal is sent to ground or two out of phase signals are mixed to cancel each other out, power scaling controls the amount of voltage which is sent to the plates (anodes) and grids of the section being scaled. This will result in a decrease in current flow and decrease in power output i.e. watts.

Power scaling has been around for many years and has been implemented in different forms. In more recent times people such as Kevin O'Connor of London Power, Dave Zimmerman, Dana and Richie Hall of Hall Amplification have come up with different ways to modify power supplies in guitar amps to make the power output variable. They have a number of different types of implementation based on the amp requirements and it's type of biasing i.e. cathode vs fixed. More information about Kevin O'Connor work with power scaling can be found here. Power scaling designs and kits have been given names such as VVR, VCB and VRM but equate to the same overall requirement of controlling high voltages via the combination of components such as MOSFET and potentiometer.

Power scaling requires that the voltage supply to an amplification stage of an amplifier is reduced. The key is to make sure that all voltage requirements for the amplification stage (plate and grids in the case of tubes) are reduced by the same ratio so as to not impact the characterstics of the audio signal being amplified e.g. if the bias voltage remains the same during voltage reduction then this will result making the bias colder and therefore the audio signal will breakup earlier and the tone will change.

One characteristic that will be impacted during power scaling is sag. This will occur due to the fact that there are reduced demands on the power supply during lower voltage operation.

The diagram below provides a visual representation of how a reduction in voltage for a pentode power tube will result in power output reduction. 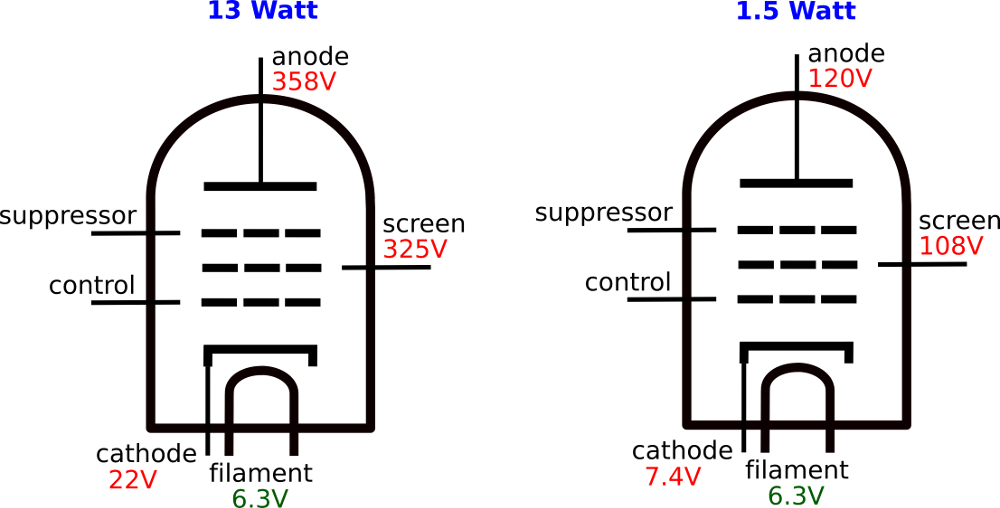 The table below provides some details with regards to voltage, current, resistance and power output for the above example. These rough calculations are based on the power stage being cathode biased rather than fixed bias.

The diagram below provides a simplistic representation of a switched B+ voltage supply. If the transformer had more secondaries or there was more complex switching then there would be more possible voltage pairings and outputs. 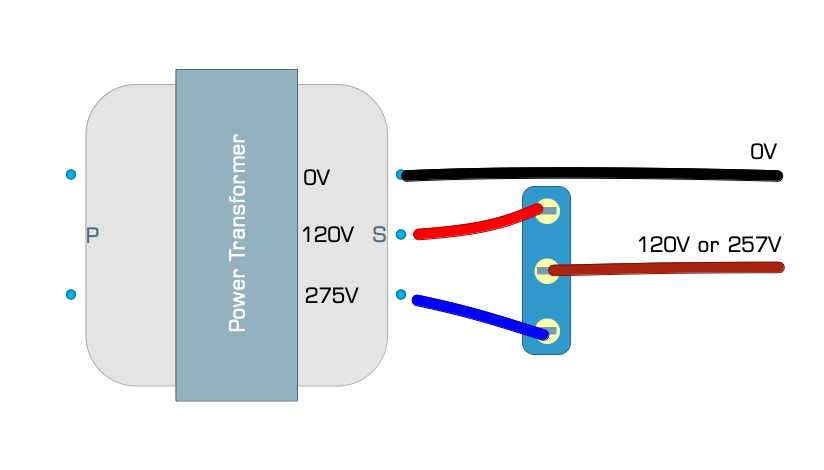 The following schematic provides an example implementation where switched power scaling is being applied to power tube section and a separate bypass to preamp section is provided. Values of resistors and capacitors for filtering section will vary from amp to amp.

The following schematic provides the same example implementation but with power scaling applied to all amplification stages. Values of resistors and capacitors for filtering section will vary from amp to amp. 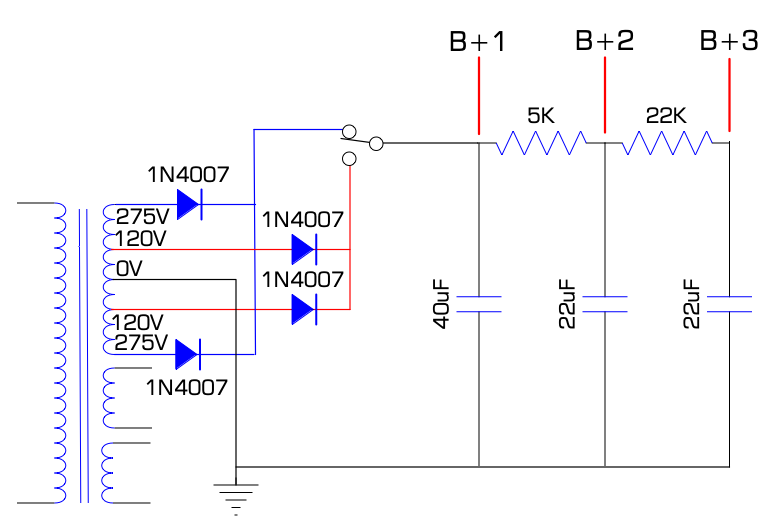 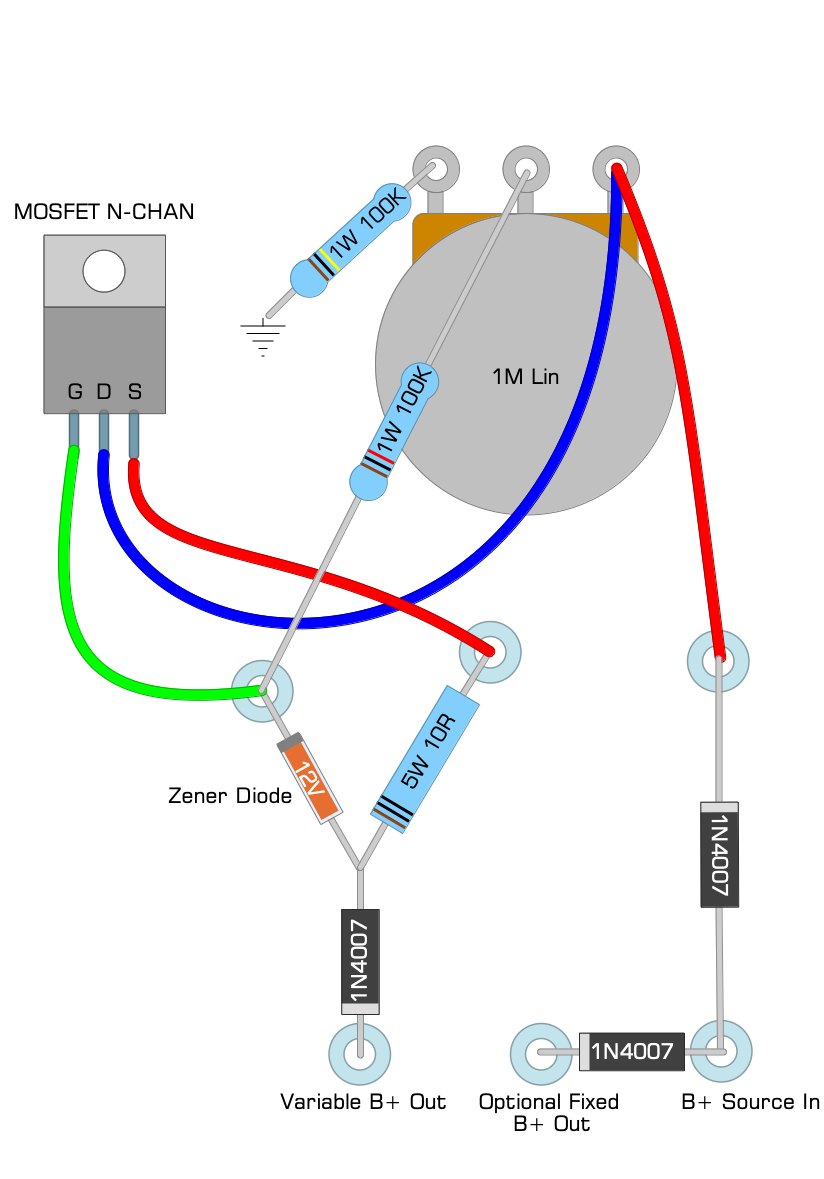 B+ Source: Rectified power source feeds into the circuit.

Optional Fixed B+ Out: If only the power section is having power scaling then the preamp/PI power section power can be taken from this point. Note that both B+ source and optional B+ have diodes to remove any possibility of circuit interaction.

Potentiometer: The potentiometer takes a feed from the B+ source and is used as a voltage divider for the purposes of feeding the MOSFET grid. Increasing the resistance decreases the voltage being fed to the grid and results in lower voltage being sent to Variable B+.

1W 100K resistor centre lug: The minimum resistance which can be used in R1 of voltage divider is 100K.

MOSFET: The mosfet has B+ in through drain, variable B+ out from source and control voltage through the grid. Increasing the grid voltage reduces the resistance between drain and source and allows more voltage to pass.

Zener Diode: The purpose of the Zener diode is to protect the MOSFET. If the voltage at the gate exceeds 6V then the zener diode will become reverse bias (reaches breakdown voltage) and the excess current will flow through the zener diode and out at Variable B+ out.

5W 5R: Used for the purposes of limiting the current coming out of the source.


Please note that there will be a certain amount of voltage drop due to 1) resistance between drain and source when fully open (RDSon of about 1 to 3 ohms) 2) resistor after the drain.

The following schematic provides an example implementation where power scaling is being applied to power tube section and a separate bypass to preamp section is provided. Values of resistors and capacitors for filtering section will vary from amp to amp.

The following schematic provides the same example implementation but with power scaling applied to all amplification stages. Values of resistors and capacitors for filtering section will vary from amp to amp.


The following MOSFETS are known to be tested and work in power scaling circuits. In most circumstances the MOSFET will need to be secured to the chassis to dissipate heat. The MOSFET MUST be insulated from the chassis using a SIL-PAD or MIC insulator so that it does not short.

MOSFETs must be handled with care during installation as they can be destroyed by static electricity. It is therefore important to handle them as little as possible and take the necessary precautions to limit any damage.


As at the time of writing this article the following information about vendors who provide/provided power scaling kits is available: Hall Amplification used NTE2973 for VVR, Ampmaker uses 2SK2968 for VCB, Trinity Amps use IRFPE50 for VRM.

Where to Power Scale


This is a well debated subject, subjective and down to the musicians preference. The following will cover the main areas where power scaling is applied and what impact it generally has on the behaviour and tone of the amp. When the overall power output is being reduced then other factors come into play with the overall tone and feel e.g speakers will no longer move as much air and produce their own distortions, the circuit is less likely to be starved of voltage during heavy playing and as a result reducing sag. Having an amp loud generally changes a persons mood and perception in that it makes them more positive, motivated, increases physical sensation and enhances emotions; these feelings are likely to be reduced when the amp is power scaled.


Power section power scaling is where only the power tubes voltage supply is controlled and not preamp or phase inverter (if applicable). With this type of implementation it is possible to get overdrive tones by simply reducing the power being fed to the power tubes and increasing the volume to the point of overdrive. The overdrive produced will be a mix of preamp and phase inverter (if applicable). For this type of implementation there is often a requirement to install a master volume (but not mandatory) in the circuit to control the amount of signal going into the power section and stop them overdriving too much and producing ugly sounding distortion. The master is often used to fine tune the crunch at lower volumes. Master volumes can be place pre and post phase inverter if they are part of the amplifier circuit else after the last preamp tube.

There is generally only so far that the power can be turned down before the tone starts to get buzzy.


If both Power and Phase Inverter sections are being power scaled then installing a master volume is highly advised because overloading the PI too much will result in horrid distortion.


When the whole amp is being power scaled then there is no requirement for a master volume as all sections power outputs are being reduced in tandem. Including preamp tubes increase the liklehood of them producing some additional harmonic distortion. Some people have reported that including this section in power scaling has darkened the tone a little.


When power scaling is being used then the dissipation of tubes is reduced meaning that they are being stressed less. The result of this is the higher liklehood of the tubes lasting for longer.