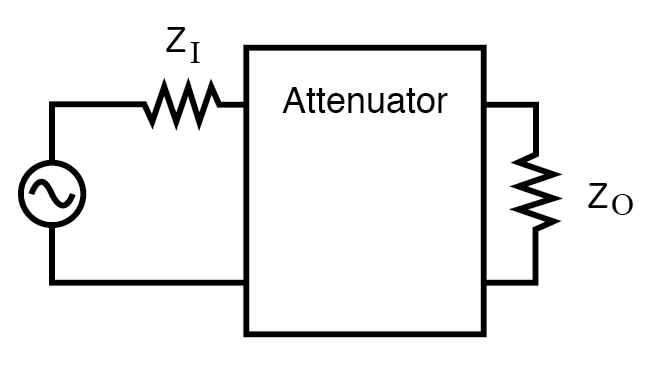 For the purposes of this article only passive constant impedance attenuators ( both Zi and Zo remain the same) and their application within amplifiers will be covered.

There are common forms of passive attenuators which use simple resistor networks:

are the most basic form of passive attenuators. L pad is basically a potential divider circuit which is designed to match Zi (input impedance) but not Zo (output impedance). Many guitar amplifiers and pedals use this simple design because it is cheap and effective for attenuation. The drawback being that the speaker no longer sees the same impedance from the amplifier therefore impacts the strength of the signal and tone.

are balanced passive attenuators (although can be made unbalanced). The topology has a single resistor to ground and a series of resistors on the input and output. The use of this type of topology for guitar amp attenuators is more effective because both input and output impedances remain the same i.e. impedance presented to the amplifier and to the speaker, for the most part (see notes on reactance), remain the same as before therefore no impact on amplifier output section or speaker input. This in effect means the tone of the amp should remain the same during attenuation.

are balanced passive attenuators (although can be made unbalanced). The topology has a single resistor in the signal line and input and output resistors to ground. Much like the T pad attenuator, the Π pad topology keeps both input and output impedences the same.

Application of Passive Attenuators in Amplifiers

It is important that when using an attenuator to attenuate a guitar amplifier signal that the tone is not impacted in any way. There are two important factors to consider when designing or buying a attenuator:

Using a simple network of resistors to attenuate the signal level is successful to a point but imparts a sterile feel to the tone due to it not presenting the reactive element of a typical speaker. Being able to also match the reactive load of the amplifier and speaker will help achieve a much more accurate tone and feel. By making use of inductors in the attenuator circuit it is possible to achieve this.

The diagram below shows the introduction of inductors into the Π pad attenuator circuit at input. By placing inductors in different parts of the circuit present reactance to either the input (amp) or output (speaker). This will result in lower or higher levels of current flowing in the circuit.


The following two audio clips demonstrate l pad and pi pad configurations without and with attenuation added at 7dB.

Much like the basic PI attenuator use a PI attenuator calculator to work out resistor values based on impedance and attenuation requirements. The following diagram shows an air coil attenuator of 0.9mH (DC resistance of around 0.2Ω) placed in parallel with the input. The inductor will present a reactive load to the amplifier and as a result at higher frequencies the impedance will increase (much like the speaker behaviour). The input resistor to ground has been amended to 9.8Ω to accommodate the inductor 0.2Ω DC resistance 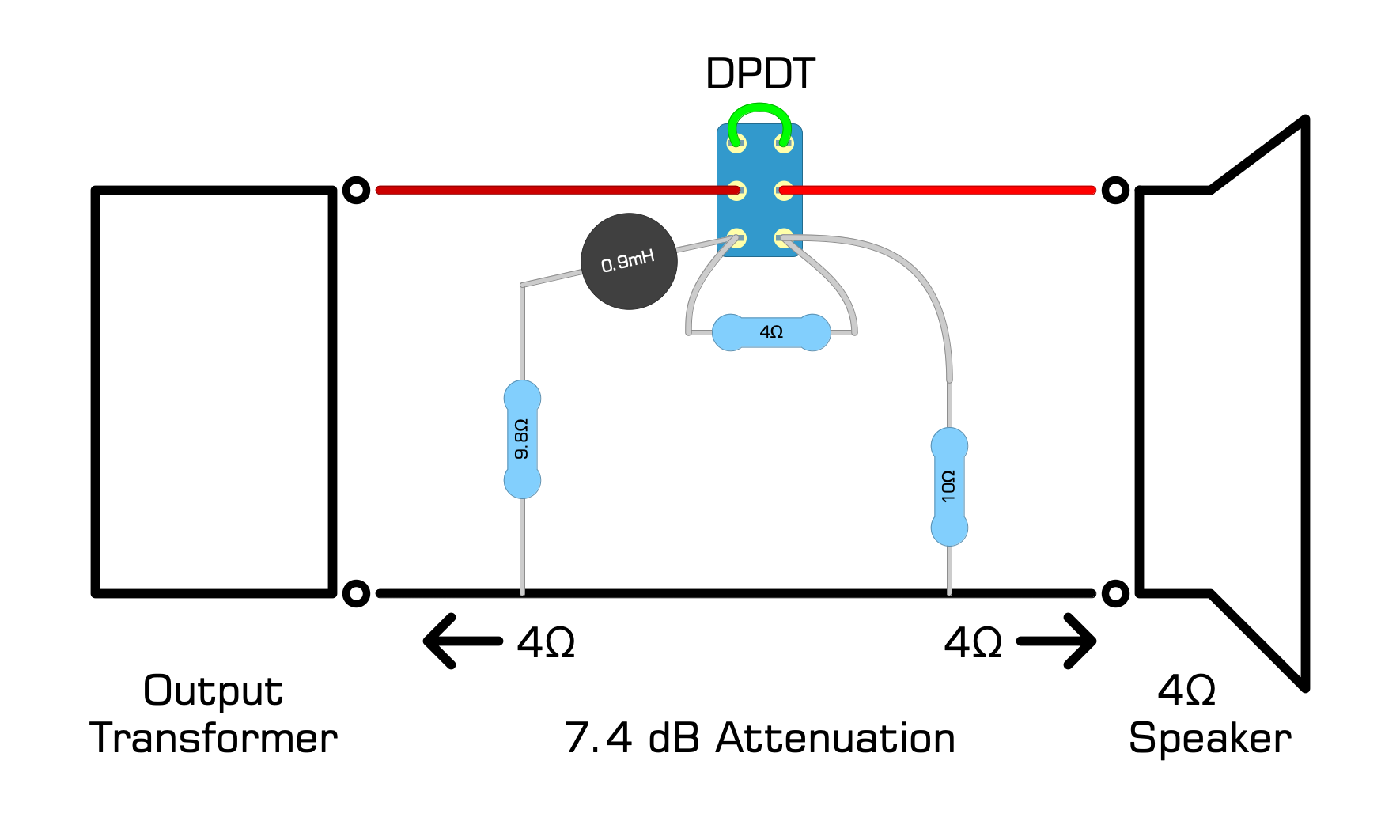